Not so Fast Texans Fans 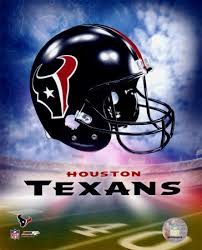 . The only point of playing the remaining 14 games of the schedule was simply to figure out who would represent the NFC in "The Big Game" (contractually obligated not to call it the "Super Bowl" out of fear the Gangsta NFL Commissioner's Office comes after me for naming rights violation). Yes it was all smiles and giggles in the city of Houston after impressive wins against the Colts and Redskins to start the 2010 season and the thought of 8 years of franchise misery and playoff virginity seemed all but erased from the minds of Texans fans. 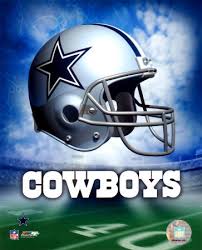 The swagger was back ... actually it never did exist ... but Texans fans were strutting a different way about town in a way that would have you believe that the team had ACTUALLY accomplished something. You would think that they had a list of team accomplishments similar to ... ummmm ... the team showing up in Reliant Stadium in week 3 to face off against the Texans, the much-hated Dallas Cowboys. Texans showed up 2-0, beating their chests with all the swagger in the world while the Cowboys limped into town at 0-2, hanging their heads with not a shot in the world of a victory. Well, as the saying goes, "that's why they play the game".

From opening kickoff to closing whistle, the Cowboys made the plays on Offense and Defense that needed to be made, while the Texans did none of the above and when all was said and done, the Cowboys came to town and humbled and humiliated the Texans and Texans fans with a 27-13 arse kickin of the home time. For the Texans, it was a tremendous opportunity lost as they FINALLY had the attention of the whole football nation wondering if this team was for real or the same ole, same ole, huge promise, little results football team that has perfected the art of "snatching defeat from the jaws of victory". An opportunity lost ? Yes. End of the world or end of season ? No. Rather it was an opportunity for both players and fans to stop, relax, chill, put things in perspective, and in cliche of all cliches, TAKE IT ONE GAME AT A TIME !!

For Houston football fans who hadn't tasted pro football success since the days of Warren Moon, we seemed to have gotten a bit overzealous and believed that since we TRULY have a pretty good football team in town these days, that the struggles would be AUTOMATICALLY over and we would simply run off to a 16-0 season and have no difficulties along the way. It's never that way in football and it DAMN SURE is never that way in life. But as Bob Marley

and several others have said, "but the harder the battle, the sweeter the victory". Nothing good comes easy and the sweetness of playoff success for the Texans will be even sweeter due to the struggles that it will take to reach to that mountain top. 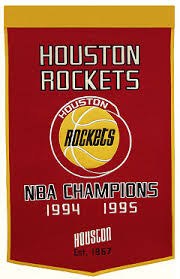 As a diehard Houston sports fan, I sat through a 14-68 Houston Rockets season and remained a diehard fan even throughout these horrendous days. Oh what a TREMENDOUS JOY it was to climb from that low valley to the high mountain top of BACK TO BACK NBA CHAMPIONSHIPS

in '94 and '95. PATIENCE ... Texans fans. We've got a good squad. We dropped the ball and had a stinker today. Thirteen games left in the season. There will be more ups and more downs but hold the faith. It will be SOOO SCHWEEET when we do reach that Super Bowl mountaintop. Hope you ain't diabetic ...
Posted by Dubwise at 10:34 PM