The LUNACY of NOT VOTING !!

Put me in the category of those people that believe that voting should be MANDATORY for all US Citizens just like paying taxes (well unless you've got millions of dollars and tax attorneys that can get you out of it... but I digress). There is a movement afoot from a lot of liberal progressive Democrats who haven't gotten the change they voted for in November 2008 fast enough and as a result feel that they can best express their displeasure in the slow progress of change by simply NOT VOTING in the Midterm election coming up in November. This is utter lunacy and these people need to WAKE UP !!

Do these people realize that NOT VOTING is as good as voting for the Republicans ? Do they truly realize this ?  If you are of a liberal progressive mind and believe in all tenets and values that matter to liberal progressive minded people, who is MORE LIKELY to vote according to the way you think ? Is it your Democrat Congressman/woman or his/her Republican challenger ? If you decide to sit on your arse this November or throw frisbees to your dog or kick a hacky-sack or whatever instead of voting, that makes it more likely that that Republican challenger who believes EVERYTHING antithetical to what you believe will get a seat in Washington. Is that REALLY what you want ?

Certainly I understand that for many, the change that they wanted in this country has not come fast enough but lets be practical and logical about this. The United States is well over 200 years old and there are various institutions firmly fixed on doing things a certain way and no other way so help them God. To expect that a President "with no discerning Negro dialect" (copyright Harry Reid) can ride into office on a wave of popularity, waive his magic wand and suddenly get political, business, and other mega institutions of the US system to change course and change the way they operate OVERNIGHT (or more correctly in 2 years) is simply absurd. The United States of America is a HUGE CRUISE LINE (i.e.the Titanic ... ooops, bad example considering how that turned out ... make that a Carnival Cruise Line) that is powerful and sturdy but slow to turn and slow to change. It's not a speedboat speeding through the oceans that can rapidly turn on a dime at a moment's notice. REAL CHANGE takes time and if you go back and watch EVERY SPEECH after Obama won the election, he was very careful in stating that very fact. I believe that too many people, however, were so drunk of spiking the Koolaid they were drinking that they never bothered to listen to that underlying message. 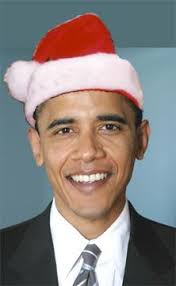 A more reasonable approach towards the season of politics and politrix would be to recognize the positive accomplishments that have been made by the Obama administration and Democratically controlled Congress (i.e. preventing a Great Depression, stimulating the economy enough to see slow steady job growth again, save the US car industry, taking a 1st step towards reforming a highly inefficient and expensive healthcare system) yet still realize that there is a long way to go and continue to apply pressure on them to steer them in the right (as in CORRECT) direction. If you decide that you are in essence going to "take your ball and go home" because you haven't gotten your 5 page wish-list of things you wanted Baracka Claus to get done for you in 2 years, then you are causing more harm to your cause. Your vote and your voice is the ONE WAY (I guess that's actually 2 ways) of influencing change in government. USE IT !! Speak loudly, VOTE, express your approval, express your disapproval, but MOST IMPORTANTLY ... VOTE !!
Posted by Dubwise at 7:28 PM