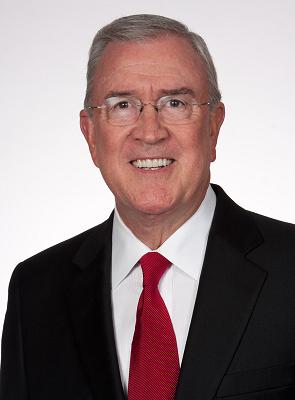 Ron Franklin, veteran ESPN College Basketball and Football Broadcaster, was FIRED for making some patronizing and disrespectful comments to female colleague Jeanne Edwards in an off-camera incident. As the he-said she-said story goes, Ron Franklin and the rest of "the boys" at ESPN were having a conversation involving politics in which Edwards dared to chime in and offer an opinion. According to sources present, Franklin then responded to Edwards "Why don't you leave this to the boys SWEETCAKES ?". (from where I'm sitting right now, I can see the "OH NO HE DIDN'T" look on Jeanne's face). When Edwards retorted that she didn't appreciate being referred to in those terms, Franklin then did the classy thing and responded "Ok then ... ASSHOLE". (I gotta admit ... that's kinda funny).

For this incident, Ron Franklin and his many decades of broadcast excellence were given a swift kick to the curb by ESPN management just a few short days after "Sweetcakes-gate" began. Now, assuming this incident took place just as "sources" say it did, Franklin's words were CLEARLY unprofessional, disrespectful, disparaging, patronizing, and many other multisyllabic words that indicate "that was not cool". HOWEVA, I hardly see this as a "fireable" offense. Is it suspension worthy ? SURE. Is it worth being forced to attend "diversity and/or sensitivity" training ? OF COURSE. Franklin stepped out of line for the context of a PROFESSIONAL conversation (and we all know that this frequently happens in the workplace) but firing him for these patronizing words seems to equate his words with sexual harassment, sexual misconduct, or other VERY FIREABLE offenses that also routinely take place in the workplace. Oh well, after a long distinguished career, I guess that's just the breaks ... sweetcakes.
Posted by Dubwise at 5:29 PM