NEXT YEAR Texans Fans ... For Real This Time 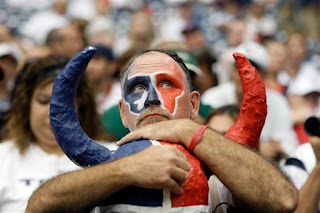 In yet another disappointing end to a disappointing season for the Houston Texans, a disappointed owner Bob McNair is telling millions of disappointed Texans fans that a disappointed Head Coach Gary Kubiak will be returning next year and that they should wait until next year to be further disappointed !! In this the 9th year of existence of the Texans franchise, this year had the most promise for a playoff run and thus the disappointment was the greatest when the clock struck 0:00 on a horrifically disappointing 6-10 season and NO PLAYOFFS !! A season that started with so much promise after trouncing the powerful Indianapolis Colts on opening day and getting off to a 4-2 start, flamed out catastrophically as the Texans could only muster up the effort to win 2 of their final 10 games. 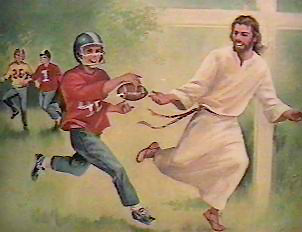 In a state that lives, breaths, sleeps, eats, and digests football, the Texans ownership and executives have been getting by on just the sheer passion of its fan base for the religion of football in Texas, especially following the the absence of pro football in the state after Bud Adams uprooted the beloved Houston Oilers and moved to Tennessee over a decade ago. The goodwill and patience of the fan base has clearly run its course at this point however and the natives are beyond restless.

Although the vast majority of Texans fans wanted to see major changes at the end of the season, starting with the firing of Head Coach Gary Kubiak, owner Bob McNair didn't seem to get the memo and wants Texans fans to believe that "NEXT YEAR ... no for real this time ... we will defy all logic and do the same thing, trot out the same product on the field, have the same coaching philosophy, make the same dumb mistakes, and MIRACULOUSLY we will get different results". Yep, Mr. McNair and go ahead and sign me up for that Bridge to Nowhere's-ville that you're also building. WE BELIEVE !! 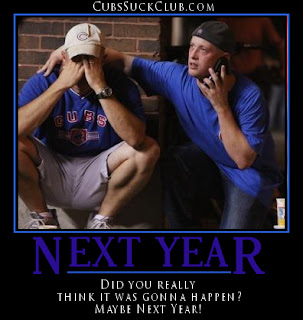 Bob McNair has one of the greatest character traits that an individual can have and that is a fierce sense of loyalty. However, when that loyalty becomes blinded by reality, that character trait becomes a major character flaw. In spite of the obvious signs that Coach Kubiak is in over his head with this position, McNair continues trotting him out there on the field expecting things to change. After all, why should Bob think any different ? As long as Reliant Stadium is sold out every week, fans continue to buy $8 hot dogs and $12 beers, pay $20 for parking, and spend gobs of discretionary income on Texans merchandise, why change a thing ? If the bottomline is all good, then it's all good, right Bob ? Well such is the life of a Houston Football fan which is starting to bare much similarity to that of a Chicago Cubs baseball fan and we continue to hope beyond hope that ...  well ...  THERE'S ALWAYS NEXT YEAR :-(
Posted by Dubwise at 5:48 PM